According to new information from the Land Registry, house prices in all regions of England and Wales have suffered a decline, everywhere but in London and the East, The Telegraph has reported. 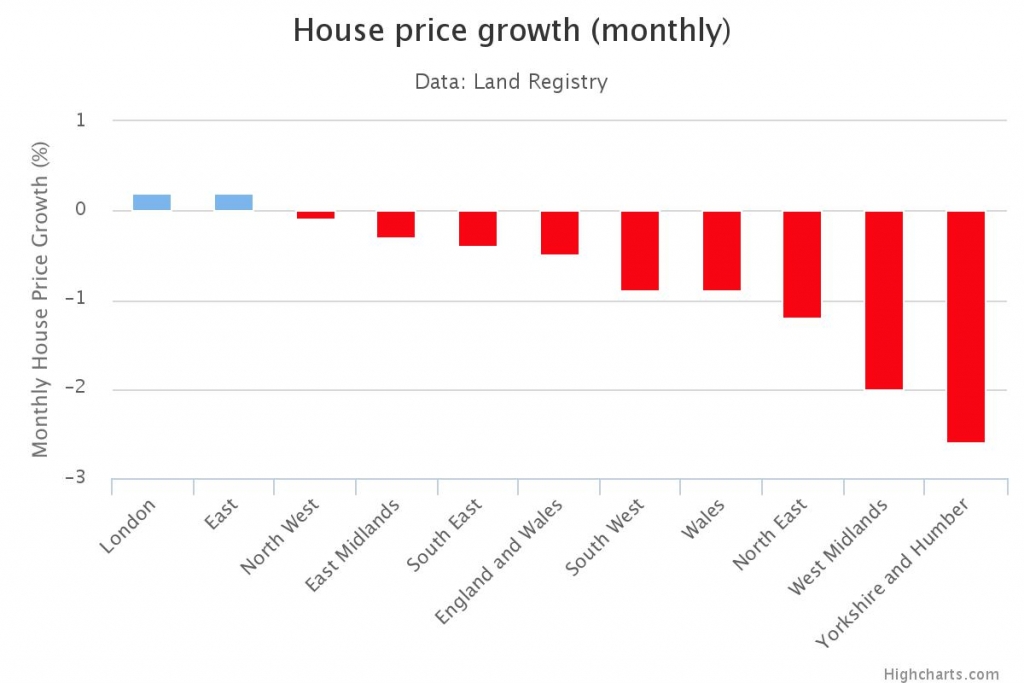 The Land Registry has recorded that overall, house prices in England & Wales fell by 0.5pc in March 2016 with the biggest drop in prices affecting Yorkshire and Humberside at a dip of 2.6pc.

(Most) London Prices Continue to Rise

Whilst everywhere else experienced a slight slump, mainstream prices in the capital continued to rise most likely due to lack of stock and a growing population. Mainstream house prices in London increased by 0.2pc with the average house price now standing at £534,735. However this figures exclude the luxury end of the market, which has experienced a significant price dip of 10pc.